Risk assessment is one of the most important components of developing a project plan. It’s the old truism about “if you fail to plan, you plan to fail.” There are all sorts of analytic techniques that can help to identify and prioritize potential threats,  but it all boils down to making a list of those threats, then hammering out how to (preferably) prevent them; and otherwise, neutralize or minimize their impact with risk management planning.

The identification process, in simple terms, involves imagining every single thing that could possibly go wrong, ranking its likelihood and potential impact, and figuring out how to defuse the situation if one of these nasties raises its ugly head. We have two highly effective weapons in the arsenal to help keep us from being blindsided (because, let’s face it, that’s the real risk). Big Hammer #1 is a vivid imagination, preferably amplified by brainstorming with similarly imaginative folks from potentially vulnerable areas of the project; what can possibly or impossibly go wrong? Big Hammer #2 is past experience. If the organization has a repository for project documentation, you’ll be able to mine it for lessons learned in past projects; otherwise, go find the veterans of past projects and mine them for guidance.

Yes, finally we get to the flying pigs of the title. It’s only four paragraphs into the article. And – ahem – wouldn’t airborne swine come under the heading of unknown unknowns? After all, “when pigs fly” is another way of saying “never gonna happen.” Here’s where I swing my Big Hammer #2 and share my firsthand experience of porcine aviation, improbable as it may seem.

I was managing the export of garment components to Central America. These components – fabric cut to pattern, accessories, and notions – would be assembled offshore and brought back as finished garments under the Caribbean Basin Incentive (CBI). The triple constraints of scope, cost, and time were in full force. Of these, time was the most vulnerable to risk factors, since deadlines were tight; a shipment that was as little as a day or two late reaching the distribution warehouse could be refused by the customer. A missing component early on could balloon into a fatal production delay. That’s how I found out about the pigs.

A Miami cutting room had been late completing a load of cutwork, missing the container that had gone by ocean mid-week. Now there were a few thousand pounds of bundled cutwork that needed to be in Guatemala when the container was unloaded on the weekend. Our contingency plan was straightforward: truck the goods over to the trusty small air cargo company that had a Friday evening flight to La Aurora. A quick 4pm call to Liz at the airline confirmed that space was available, so I dispatched the truck, faxed the paperwork, and buttoned up the office for the weekend. Whew!

At 7pm, my home phone rang. It was Liz, calling from the air cargo office. “Sweetheart,” she said mournfully, “We got pigs.”

“Pigs,” Liz repeated. “A whole load of pigs. They won’t let us keep them at the airport, so we have to fly them. And we can’t fly dry goods with pigs. They stink. We have to scrub the whole aircraft down afterwards. We have to reschedule all the dry cargo to the Monday plane.”

So there it is: pigs do fly. And they get VIP treatment when they do. As time went on, I came to understand that one of my most pungent known unknowns was the flying pig (and, occasionally, horses or sheep, and once, a camel). Remember that the next time you see one of those cute winged pig thingies somewhere. I have one on my desk to remind me that even the neatest risk management plans also have risks. Know your flying pigs.
Posted by Karen Marsteller Myers Nash at 3:48 PM No comments: 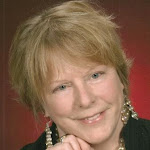